This week the Esplanade team wanted to look back on our favorite animals we have seen while traveling and share some interesting facts!

One of Jill’s and Hattie’s favorite animals are elephants. Jill loves witnessing elephant herds while on game drives in South Africa. Hattie was first introduced to Asian elephants in Sri Lanka on a game drive but really fell in love with them after she was able to ride one in India in search for tigers.

Ksusha’s favorite animal is the koala. She was able to get up close and personal with these furry creatures at the Lone Pine Koala Reserve in Australia.

Koalas sleep up to 18 hours a day. Even though many call them koala bears, they have zero relation to bears – they are actually marsupials.

Rebecca’s favorite animals are dolphins. She had the pleasure of swimming with them on her latest trip to New Zealand.

Dolphins are some of the most intelligent animals in the world. It has even been discovered that dolphins will give themselves individual names that other dolphins will use. Their names are symbolized through whistling.

Holly’s most memorable animal encounter was when she met a herd of donkeys.  She met these amazingly sturdy animals while visiting a farm in Italy.

Donkeys are wonderful animals that can live well into their 50s. They are extremely nimble and can cross a variety of tricky terrain. They are happiest in groups and will even elect a donkey leader, very similar to humans. 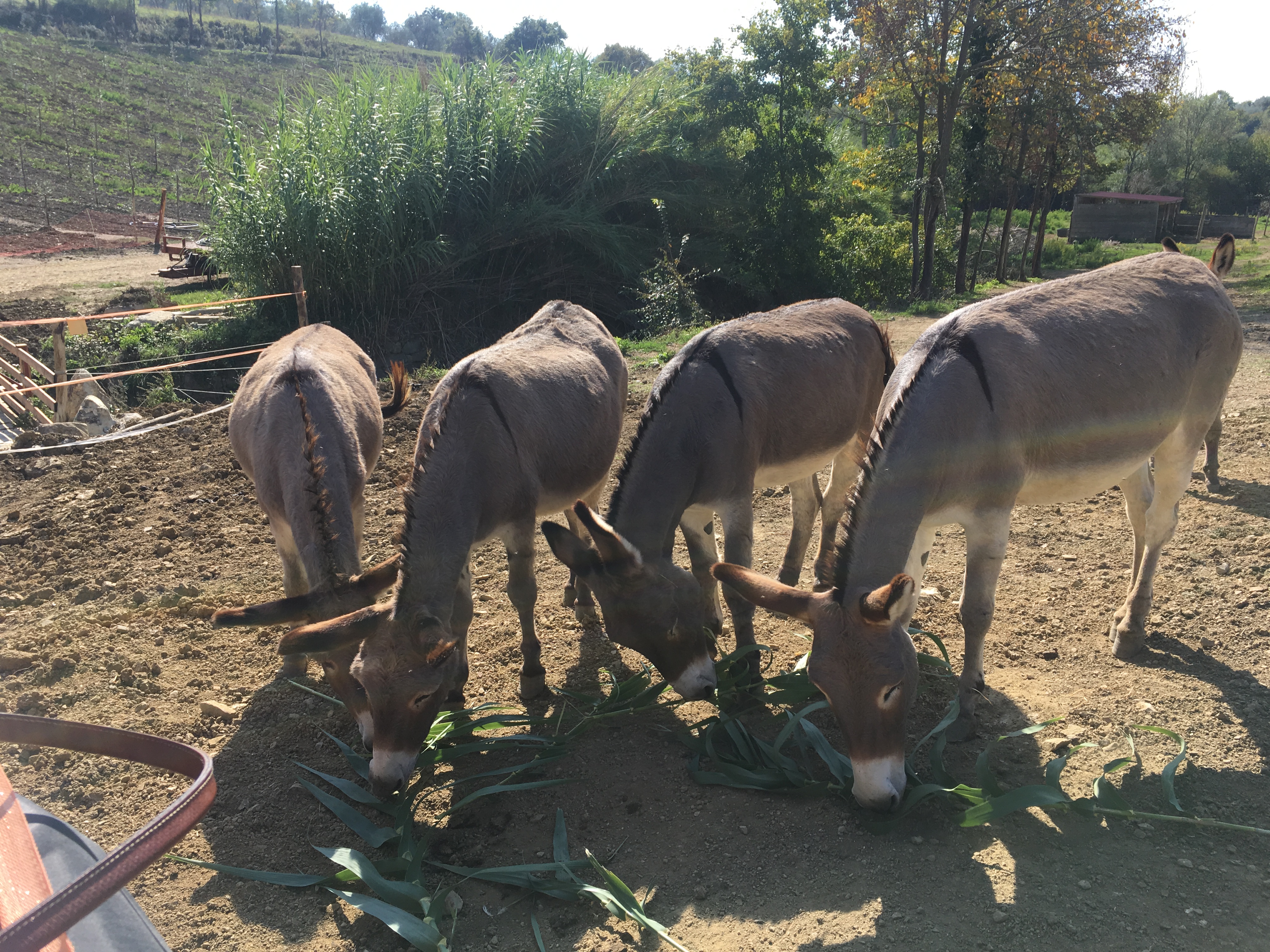 Tess’s favorite animal is the cheetah. She was able to experience their beauty and grace during a recent trip to East Africa.

Cheetah are the fastest land animals, reaching speeds up to 70 mph. Despite this and the fact that cheetah are predators, cheetah cubs are easy prey for other large cats and their moms work hard to keep them alive. As a mother herself, Tess feels especially connected to these animals.

Another of Jill’s favorite animals is the pangolin. She was able to view this reclusive wonder only a few times during her many trips to South Africa.

These extremely rare animals are often called scaly anteaters. Pangolins are nocturnal and when threatened will roll up into a ball and possibly release a stinky fluid as a defense. 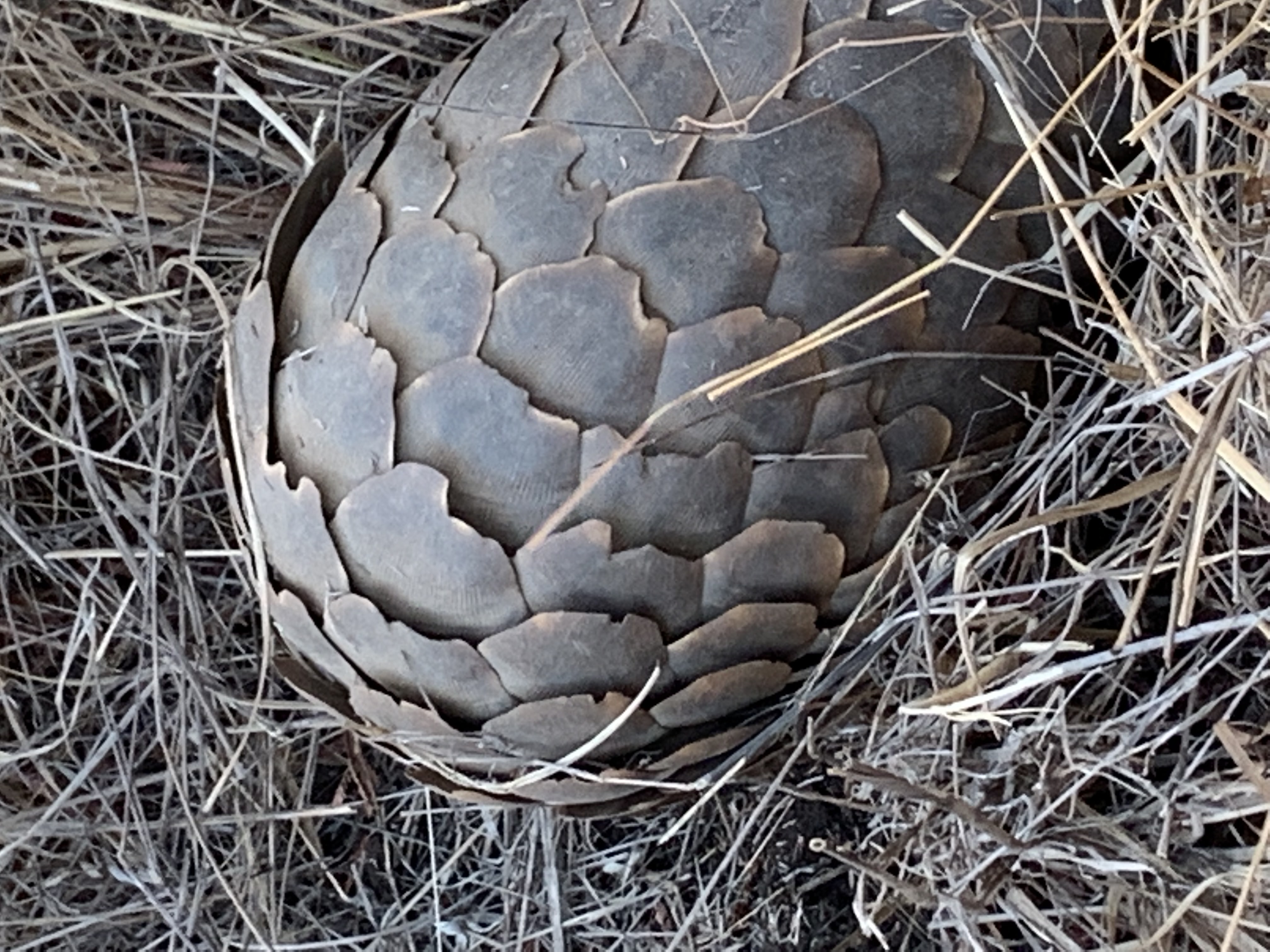 Jacky and her husband Bill were lucky to enjoy a falconry exhibit on their last visit to beautiful Al Maha Desert Resort in the Arabian Desert outside Dubai. Watching these incredible falcons fly at high speeds while obeying commands is a wonderful experience amid the tranquility and iconic views of the desert with the Hajar mountains in the distance.

We could not have an animal post without including our very own office dog, who is Diane’s favorite animal and a very good boy. He loves chasing tennis balls, all foods, going for walks, and snuggling with his family. He has been to France three times, loves French culture and really tries to blend in there! 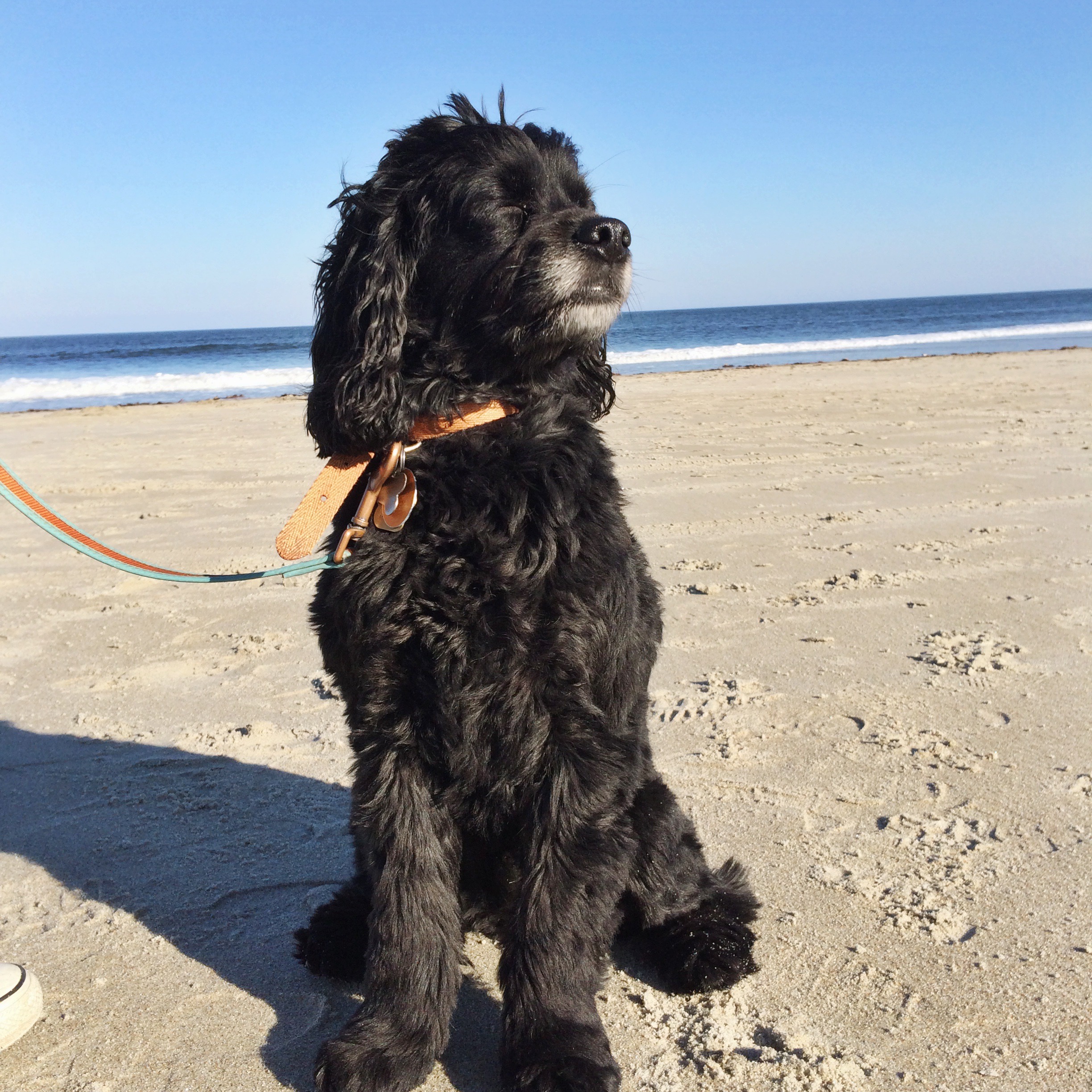 If you are interested in seeing any of these animals or learning more, please contact us to schedule a trip. 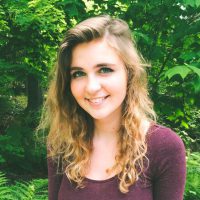 While Hattie’s love for travel may have started in France, it has expanded to a myriad of places and she has found a particular fascination for Asia (though that could have something to do with the food).

We’re happy to offer special pricing for travel in Botswana, Zimbabwe, and Zambia from October 2017 to March 2018. Book now and receive up to 10% off our normal rates! Africa in the Green Season is magical: the colors are vibrant and the wildlife and birdlife abundant. Springtime is especially noteworthy, as many animals have their young during… Read More

Dubai is an unbelievable city in the United Arab Emirates surrounded by diverse ecology. The region’s ingrained traditions are matched by its innovative push to the future. The city of Dubai is open to travelers who provide a negative PCR test taken within 96 hours of departure. Travelers may be asked to wear a GPS bracelet… Read More 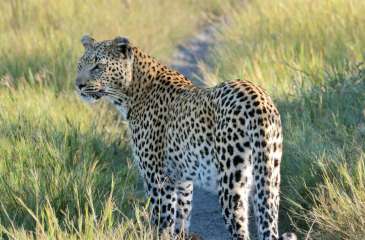 During this time of uncertainty it helps to take your mind elsewhere with a book, film, or simply your imagination.  We’ve highlighted our favorite destinations in Africa for you to read through and visualize your dream safari or desert experience!   Botswana: Visiting Botswana is truly an out of world experience. It is home to… Read More