From the villages of the majestic green Pyrenees in the north to the aqua blue waters of the Mediterranean Sea in the south, Spain has something to offer every traveler. The rhythm in Spain is a bit different from other European countries – the pace of life is a bit slower and siesta time is still encouraged. So, relax! Have some olives and manchego cheese while you sip a glass of tinto at your local tapas bar and enjoy!

In Madrid, you can wander the famous Prado Museum to see incredible master paintings, followed by a walk through the botanical gardens next door. Head across the street to the Reina Sofia Museum of Modern Art to see Picasso’s Guernica or the surrealist works of Dali and Man Ray. Have dinner in the beautifully symmetrical 17th century Plaza Mayor while you watch street performers or listen to a concert. As you cross the countryside, you will see rolling hills, olive groves and beautiful vineyards dotted by many windmills silently spinning in the breeze.

In Barcelona, take a morning swim in the sea, followed by a tour of the work of Antonio Gaudi, the father of Catalan Modernism, whose works combine mosaics, metalwork and stone in his organic, art nouveau buildings. The Sagrada Familia, Gaudi’s masterpiece cathedral, is still under construction! In the Parc Güell, you will feel as if you have stepped into a Dr. Seuss book! In the evening, catch a Flamenco show or sit in a café and watch the world go by.

In Andalucia, visit the Moorish town of Sevilla with its 40,000 orange trees and 16th century cathedral which contains the tomb of Christopher Columbus. Cordoba has La Mezquita,a massive medieval mosque with its iconic red and white stone arches – inside of which is a Catholic cathedral! The Alhambra Palace in Granada was constructed for the Moorish Kings over 1200 years ago. The elaborately decorated domed ceilings, courtyards and fountains are just astounding. 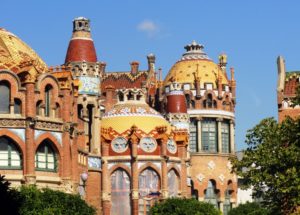 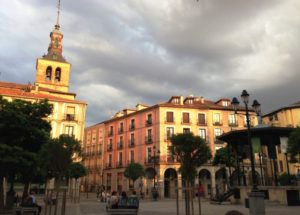