The birthplace of democracy, the Olympic Games, and the famous ancient Greek civilization is a destination unlike any other. The Greece of the ancient world has captured imaginations all over the world for thousands of years and still has a powerful influence over the Western world. The mighty Greek gods and goddesses have inspired the arts for several millennia and were so popular that the Romans indoctrinated them into their own pantheon. The myths and legends that followed these gods still resonate today and have even been given new life in the modern imagination thanks to the medium of film. Films such as 300 and Clash of the Titans have transformed these stories to capture a new audience’s attention. The true stories of Greece, like the legendary rivalry between militaristic Sparta and democratic Athens, are almost better than the myths – you can even visit the places where these historic events played out! Marathon, Thermopylae, Salamis and Chaeronea are all available for you to visit so that you can remember these great battles and the ancient people who fought them.

Modern day Greece is a buzzing country that has rich food, lively nightlife, colorful people and miles of beautiful beaches. Greece has over 1,000 islands within its borders, some uninhabited small islets and some famous isles from the pages of history, such as Ithaca of Homer’s Odyssey. The beautiful blue sea waters of the Aegean Sea are to the east of the mainland, Ionian Sea to the west and Mediterranean Ocean to the south – the beach is never too far away and no trip to Greece is complete without at least one meal by the seaside at sunset! 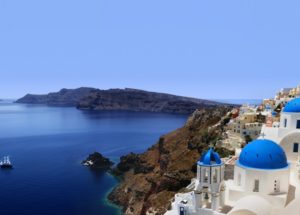 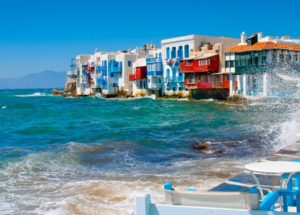 The birthplace of democracy, the Olympic Games, and the famous ancient Greek civilization is now a a buzzing country that has rich food, lively nightlife, colorful people and miles of beautiful beaches