There is nothing more ideal than having a cozy, snowy Christmas at home. At least, that’s what I thought until I spent my Christmas roaming the cobblestone streets of Cologne, Germany, and wandering through an age-old Christmas market in Strasbourg, France.

Cologne, the birthplace of Eau de Cologne in 1709, has many sights to offer any sightseer. This city has all the charm of Renaissance Germany, mixed brilliantly with the modern age. After I walked amongst the cobblestone streets and typical German, half-timbered townhouses, I stopped in a local café for an espresso to rest my feet and warm my fingers. After being recharged by a coffee and apple strudel, I worked my way through the Christmas market. Starting the week of Advent, as you look through the handmade toys, arts and crafts, the wafting aroma of baked apples and cinnamon biscuits will follow you through the streets. With Cologne’s Cathedral constantly looming in the background, every turn around the corner made a perfect photo.

However, if it is history you are interested in, the first Roman Catholic cathedral in Strasbourg built in 778 under the reign of Charlemagne, is a site you cannot miss. The history of the region dates back many centuries, and although none of the original 4th century Roman sanctuary remains, you can see the “modern” renovations completed between 1015 and 1439. After walking through the Strasbourg Cathedral, I roamed through Europe’s oldest Christmas market which dates back to 1570. Here I found fine craftsmanship from local businesses as well as warm bread and butter which was paired wonderfully with mulled wine.

After being surrounded by centuries of history in Germany and France during Christmas, it suddenly feels like the perfect time to travel. I was able to see alluring towns and meet heartwarming people during one of the most beautiful times of the year. For many people, it is hard to be away from family during the holidays. The best solution is to bring them all with you! 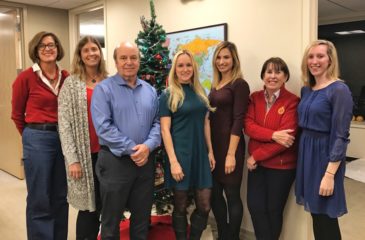 Did you know…? In South Africa, some people eat caterpillars as a delicacy on Christmas. In Greenland, one Christmas recipe includes raw whale skin and blubber. In New Zealand, they decorate Pohutukawa trees rather than traditional pine trees. In Iceland, they have a “Yule Cat” that stalks the hills, and children leave a shoe on… Read More 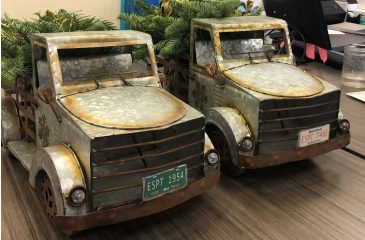 It’s that time of year again – international Christmas trivia! If you find a spider web on your Christmas tree in Ukraine, it’s a sign of good luck. Some Armenians fast the whole week before Christmas, and then break the fast with a light foods such as fish, lettuce, and spinach. If you’re in Iceland… Read More

By the time April arrives, I’m more than ready for an escape after the long winter in Boston. Normally, my focus is towards the South Pacific: New Zealand, Australia, Cook Islands, Fiji, Tahiti….so many good choices, along with the promise of sunshine, friendly people and (if I’m lucky) no internet for at least a few… Read More

I just wanted to touch base and let you know that you did an absolutely phenomenal job in planning our trip and with our itinerary! WE LOVED IT. We were really pleased and we want to go back to NZ in the future. It was a delightful place.