Qantas adds non-stop A380 service between Dallas and Sydney: Effective from 29th September, Qantas will fly their newest aircraft, the A380, from Dallas six days per week. The A380 service will operate non-stop from Dallas to Brisbane, continuing on to Sydney, and returning non-stop from Sydney to Dallas. The Qantas A380 is a four-cabin aircraft, offering economy, premium economy, business, and first class cabins. Qantas is the only carrier to operate direct services from Dallas/Fort Worth to Australia, giving passengers unprecedented access to Australia’s regional destinations as well as over 50 onward codeshare destinations in the United States, Canada and Mexico. 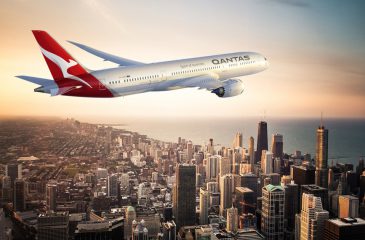 We are pleased to announce that Qantas new non-stop flights from San Francisco to Sydney are now available to book. Subject to government regulatory approval, flights will commence 18 December 2015. These flights will use the Qantas newer B747 aircraft, featuring their flagship interiors including fully flat beds in Business, spacious seats in Premium Economy with… Read More

We really can't say enough wonderful things about Esplanade Travel! It truly was a worry free, "enjoy every moment to its fullest" vacation. Your expertise, customer service and attention to detail (right down to the great portfolio folder with printed itinerary and spiral bound mini-map book) were exceptional. From the very beginning, you made us feel like we were your main focus [when I am very certain you have lots of clients you are dealing with. ;)]  That is so appreciated!