Rhinos can be an elusive animal to see in the wild, due to significant poaching in southern Africa. These large yet kind and gentle animals are such a treat to watch – especially when they are with their young. They have a lot of personality and are a fascinating species.

The conservation branch of Wilderness Safaris is very involved in efforts to protect the rhino population in Africa and has been involved in rhino conservation for more than 20 years. One interesting program is Rhino Relocation, which is moving rhinos from points of pressure around the continent to Botswana – a favorite destination of everyone at Esplanade! 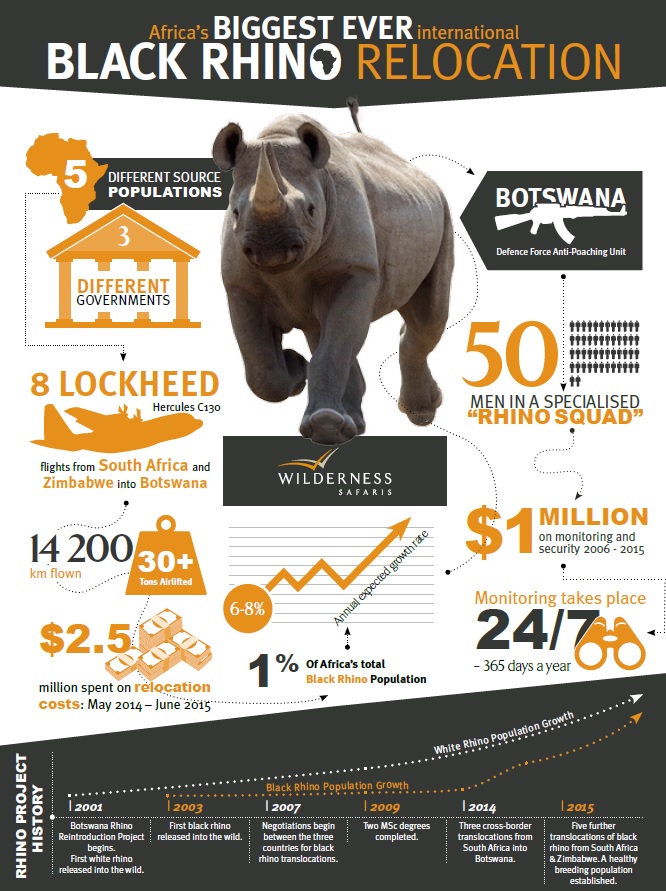 Another program is the Save the Rhino Trust, which focuses on saving the last remaining Desert Adapted Black Rhino in Namibia.

Take a look at Wilderness’s programs, and make sure to see rhinos for yourself on safari! 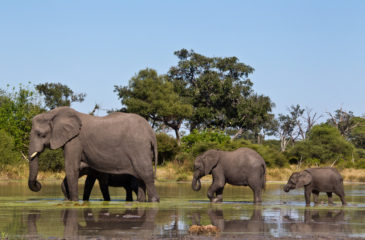 While it’s summer here, plan your trip for when it’s summer over there! Many of our preferred camps in Botswana, Zimbabwe, and Namibia are offering reduced rates for clients who travel during their summer season, from the beginning of November to mid-December. Rates are being lowered by as much as 29%, making this a great time… Read More

We’re happy to offer special pricing for travel in Botswana, Zimbabwe, and Zambia from October 2017 to March 2018. Book now and receive up to 10% off our normal rates! Africa in the Green Season is magical: the colors are vibrant and the wildlife and birdlife abundant. Springtime is especially noteworthy, as many animals have their young during… Read More

As the southern hemisphere is now entering summertime, you can see Botswana at its finest! Roughly the size of Texas, Botswana is renowned for its wildlife and this is the perfect time of year to go! Our partners Wilderness Safaris are offering a Botswana Summer Encounter that includes stops at Deception Valley Adventurer Camp, Xigeria… Read More