The pavlova is considered to be the national dessert of Australia and New Zealand. Named after the Russian ballerina Anna Pavlova, who toured both countries in the 1920s, it’s a meringue that is crisp on the outside, soft on the inside, and topped with whipped cream and fresh fruit. A dessert so light and delicate that you can twirl and pirouette even after enjoying a piece!

Both Kiwis and Aussies take credit for the pavlova. Aussies believe that the dessert was invented by the pastry chef at the Esplanade Hotel in Perth where Anna Pavlova stayed during her tour. The chef was said to be completely enamored by the dancer’s graceful, light and delicate movements. Kiwis claim that it was actually created in the kitchen of the Wellington Hotel, where the chef was inspired by Pavlova’s tutu. However, researchers point out – yes, the battle over the dessert is serious enough to get researchers involved – that recipes for meringue desserts topped with fruit appeared in German, American and English cookbooks well before Anna Pavlova toured the South Pacific.

One thing is clear – no matter its origin, the “pav” has been embraced by both nations as their own and is a staple during the summer months and holiday celebrations. The Australian version is a bit crunchier and usually topped with passionfruit. The New Zealand one is gooier on the inside and typically topped with kiwi of course! No matter your preference, both are light, billowy and just delicious!

I was lucky to enjoy some outstanding pavlovas during my travels in both countries, so I decided to treat my taste buds here at home. The result was simply delicious! An added bonus was getting my kids in on the fun! They’re always game if they get to lick the beaters at the end!

Preheat the oven to 275 degrees.

Line a baking sheet with parchment paper and draw a big circle in the middle. If you prefer, you can make 6 mini pavlovas instead of one big one. Sprinkle with a bit of cornstarch to prevent sticking. 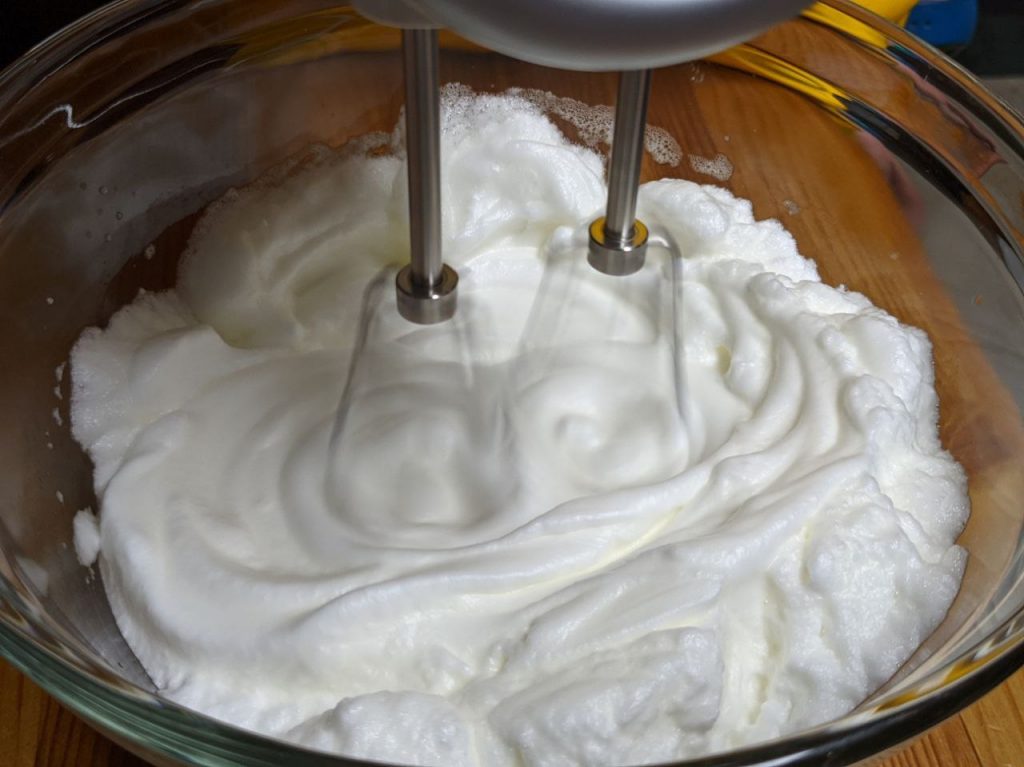 In a large bowl beat the egg whites with a stand mixer until stiff, but not dry. Gradually add in the sugar, about 1 tablespoon at a time and beating well after every addition. Beat until glossy, stiff peaks form. The whole process takes about 10 minutes, so I was happy to have my little helpers!

Using a spatula, fold in the cornstarch, lemon juice and vanilla extract until well blended.

Spoon the mixture onto the circle drawn on your parchment paper. Start in the center and work your way outward, building the edges slightly and leaving a small depression in the middle.

Bake for 1 hour 15 minutes and let the meringue cool in the oven for at least another hour. Do not open the oven door at any point as this will cause the meringue to crack!

To make the cream topping, beat the heavy cream in a large bowl until it’s whipped and spreadable.

After the meringue has cooled, remove from the oven, top with your creamy frosting and whatever fresh fruit and berries you like. I used kiwi, raspberries and blueberries.

Pair with your favorite wine – no surprise, I suggest a Marlborough Sauvignon Blanc! 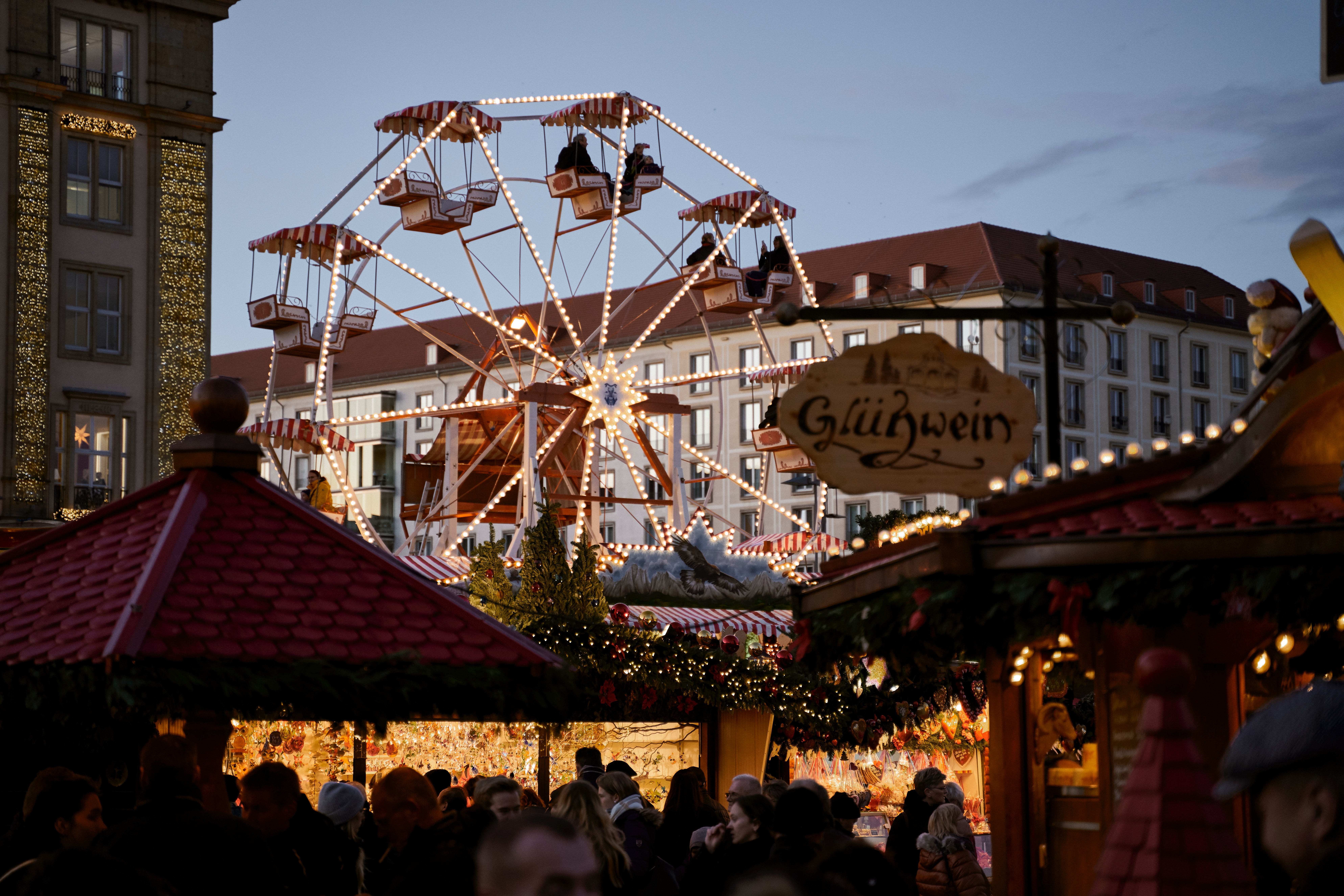 There is nothing quite as special as spending the holiday season surrounded by chilly weather, sparkling light, and the scent of festive treats. Europe’s famous holiday markets provide all of the above but the food and beverages you try will stay with you for years to come. Below we have listed easy recipes for our… Read More 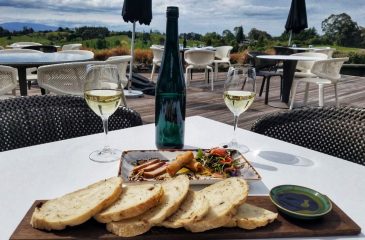 As we look forward to future adventures we want to take a moment to look back upon some of our favorite food while traveling. We hope to spark your interest and your appetite! Our first visual temptation comes from Vietnam where Holly enjoyed a Vietnamese crepe filled with seafood. Next up is one of Tess’s… Read More 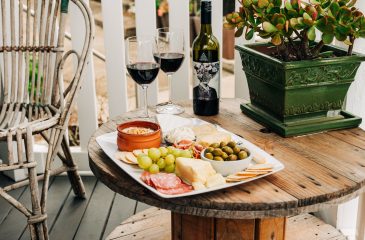 As everyone around the world is finding new ways to connect with loved ones and keep their passion alive, so too is the Esplanade team. This Friday, we are remembering some of our favorite places and favorite beverages to transport us from our living rooms to destinations abroad. Happy weekend to all, and stay well!… Read More