Our next stop was Tanda Tula, and on our first drive we came across a male lion, two females and three cubs. It was there I learned a very valuable lesson about lions – they are incredibly lazy creatures. The cubs wanted to play, but were too languid to move. As for the adults, they barely moved at all, except to indicate they did not want to be part of play time.

Next was one of our only cheetah sightings. With 7 cheetahs in Tanda Tula’s area a few years ago, they now have just one, and she is very elusive. Similar to Kashane, the leopard at Idube Game Reserve, she had her sights set on something tasty. We were not with her for long before she became impossible to follow, but I will never forget my first cheetah sighting. With her sleek physique and graceful saunter, she is one of the most beautiful animals I saw in Africa. 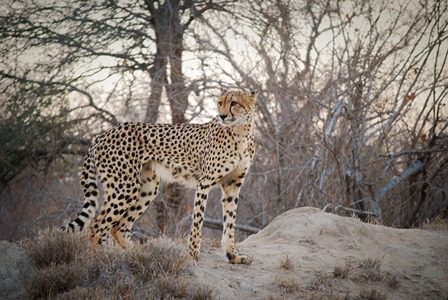 Shortly afterwards, we found Marula (named after the marula tree, the fruit of which makes Amarula, a cream liqueur), a 5-year-old female leopard. Although the cheetah was the most beautiful animal I saw in Africa, Marula was my favorite. You can tell different leopards apart by the “necklace” of spots they wear around their neck, as it varies with each leopard. Even the boys wear necklaces. 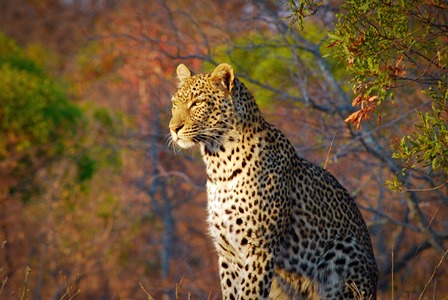 The next morning we stopped for coffee during sunrise after an hour of driving. Ready to start tracking again, we hopped into the vehicle, drove 200 meters and nearly tripped over our lazy lions again. It was a little unnerving to know that these 6 lions knew we were so close to them, yet we had no idea they were there. The rarity of this sighting was that the male lion was sitting amongst his three cubs; usually the cubs are the full responsibility of the females in the pride. Even if a cub is not biologically related to a female, it is everyone’s responsibility to nurture the young. After a few minutes of being there, Dad got tired of babysitting and went to sleep under a tree. Ranger Dan quickly called in rangers from Tanda Tula and other camps in the area to inform them of our findings. Similar to the day before, the cubs rolled around on their backs, wanting to play but not wanting to get up. I saw that they really are just big kittens. Very big kittens. With big claws. And big parents. 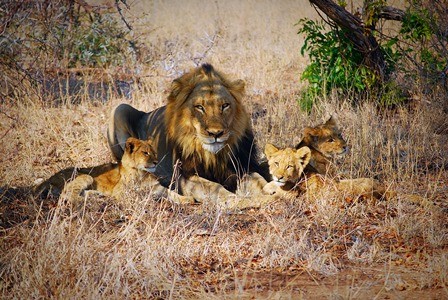 Speaking of big claws, that evening we saw two leopards after a kill – a mother and her 11 month old daughter. The mother was relaxing in her food coma on the ground while her daughter was sitting with the steenbok in the tree to protect it from anyone else snacking on it. Our ranger told us that cats generally are not named until they are at least 2 years old, have established a territory, and become “rock stars” like this Mom is. This is because up to age 2, there is still a good chance of the cat dying. 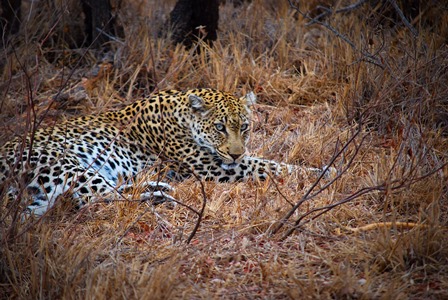 Our time at Tanda Tula was never boring – we saw many animals such as elephants crossing the road, a dazzle of zebras grazing in the shade, steenboks (which look like babies at their largest) chowin’ down on some grass, and – oh yeah, hyenas having sundowners with us. Jill, with her what turns out to be spectacular vision (kinda) saw two hyenas in the distance as we stopped for our evening drink. They were quite at distance a to begin with, but that didn’t last long. They steadily walked towards us until they were about 20 feet away… 10 feet away… Right in front of us. Curious creatures as they are, they popped their heads over the ridge and looked at us, clearly saying, “Huh, humans. Alright.” After a calming nod from our ranger, we all stood stock still and let the hyenas smell all around our vehicle before moving on. It certainly proved the point everyone had been telling us – no animal will attack you unprovoked. By the time the rangers from other camps got the word about the sighting, the hyenas were long gone, leaving the interaction private with our group. 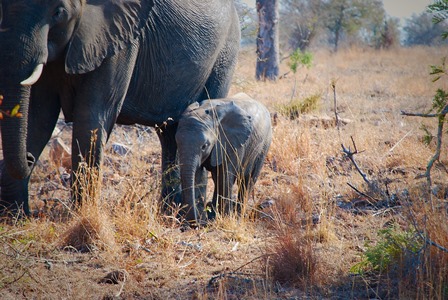 On our last morning drive at Tanda Tula, we stopped for coffee at the local watering hole, enjoying our last sunrise with ranger Dan and tracker Given. Remember the African wild dogs I mentioned before, and how rare it was to see them? Well, just our luck, 4 of them walked right up to the watering hole for a drink about 50 feet from us. After a hearty refill, they came closer and walked past us to continue their day. A few minutes later, the ranger from another camp that came late to the hyena party the previous night drove by with his group and yelled, “You are the luckiest people ever!” 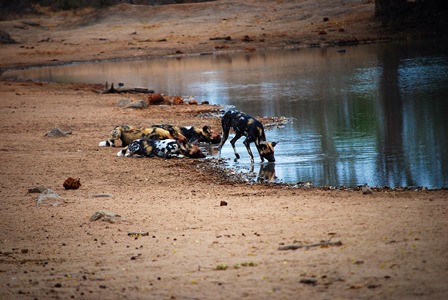 Stay tuned for next week, when Leah goes to the next stop on her safari: Kapama Buffalo Camp. 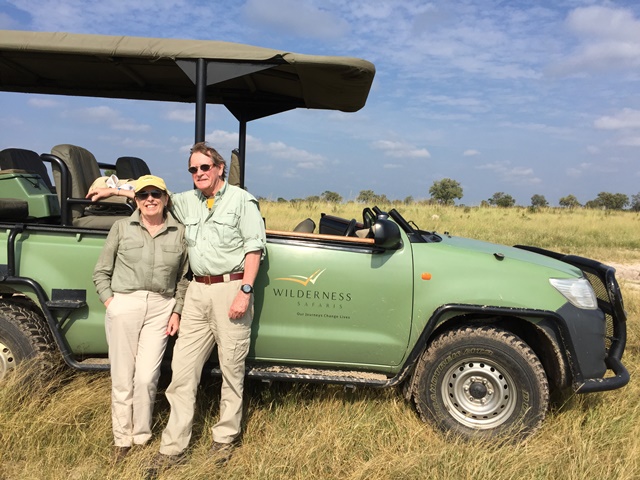 As everyone says, Africa was unlike anywhere I have ever been. The people were incredibly friendly, they truly cared that I had the best stay possible, and the sights and views were incredible. Our first stop was Idube Private Game Reserve, where our ranger Rob and tracker Mark had the privilege of showing me my… Read More

Continued from last week… Our last stop was Kapama Private Game Reserve at the Buffalo Camp. It is a small camp of 20 luxury tents with a very big heart. Each tent had a free standing tub, his & hers wash basins, rain shower with a glass wall facing the bush, and a private deck.… Read More