Our last stop was Kapama Private Game Reserve at the Buffalo Camp. It is a small camp of 20 luxury tents with a very big heart. Each tent had a free standing tub, his & hers wash basins, rain shower with a glass wall facing the bush, and a private deck. Each member of the staff, from the manager greeting us with homemade juice to the staff assisting with any request, made us feel more than welcome. 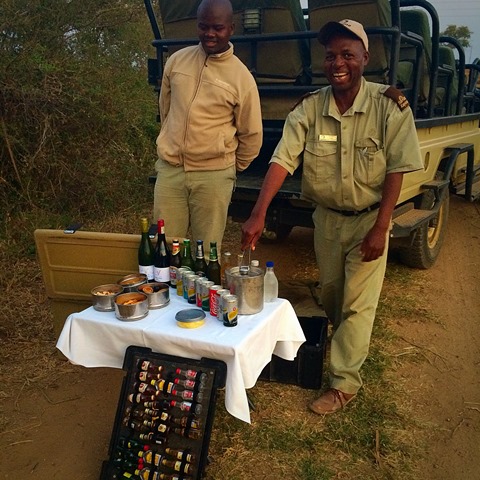 On our first drive out with ranger Jeffrey and tracker Douglas we saw a male lion, two female lionesses and two female cubs. These guys were not terribly thin, but they looked like they could use a meal. The cubs rolled around a bit, often checking the sky for vultures, which indicate there is food nearby, ready for the stealing. 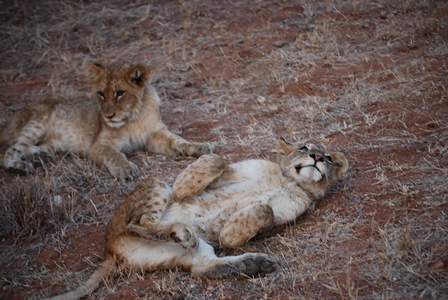 The next day, we saw the same lions with bellies like bowling balls. I saw the classic signs of a post-Thanksgiving meal – lethargy, groaning, and panting. Because lions do not sweat, they use panting to thermoregulate after exertion, eating a large meal or over-heating from sun exposure. The male and two females were dead to the world, and the cubs were roly-poly on the side lines. 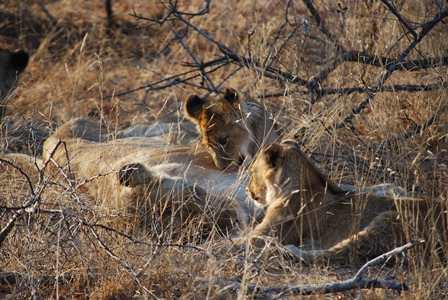 Driving back to camp that night, we stumbled across the same lions again, still recovering from their meal. I can tell you, seeing a lion in full daylight is impressive, but seeing them under the cover of darkness was something else entirely. The 5 lions were laying across the road as our vehicle pulled up to them. Shortly after we stopped, we were surrounded by sleepy lions – a lioness and a cub on either side of the vehicle, and Dad at the front. After the lion’s tail almost hit Rick on the arm, we all stared in awe at the closeness and ease of these lions. Simply stated – they did not care that we were there. They knew that they could overpower us if needed – we were not competition. 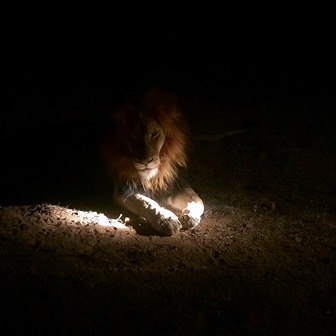 On our last morning in Africa, we saw a tower of giraffes (when giraffes are together and standing still) as well as a journey of giraffes (when giraffes are together and moving). We were lucky enough able to see two giraffes “necking” on separate occasions. Unlike what humans might do in the back seat of a car, male giraffes establish social hierarchies by butting each other in the head, neck and body with their horns. Sometimes this is done to impress a female, and sometimes it is just for play – everyone’s got to practice.

So, all-in-all, Africa was by far the best trip I have ever been on, and if I ever forget it, at least I will have 4,000 photos to remind me.

As everyone says, Africa was unlike anywhere I have ever been. The people were incredibly friendly, they truly cared that I had the best stay possible, and the sights and views were incredible. Our first stop was Idube Private Game Reserve, where our ranger Rob and tracker Mark had the privilege of showing me my… Read More

Continued from last month… Our next stop was Tanda Tula, and on our first drive we came across a male lion, two females and three cubs. It was there I learned a very valuable lesson about lions – they are incredibly lazy creatures. The cubs wanted to play, but were too languid to move. As… Read More