For the fifth consecutive year, Air New Zealand has been awarded Airline of the Year in airlineratings.com’s “World’s Best Airlines for 2018” Awards.

Airlineratings.com explains its choice, saying that Air New Zealand won “for its continued record-breaking financial performance, in-flight innovations, environmental leadership, young fleet and motivation of its staff. ” The award takes into account many factors, including safety ratings, age of the fleet, and passenger rating.

Air New Zealand also won Best Premium Economy. All of us at Esplanade can attest that Air New Zealand is one of our favorite airlines to fly! Other winners include Esplanade favorites Qantas, Virgin Australia, Emirates, Virgin Atlantic, and Norwegian.

A hearty congratulations to everyone at Air New Zealand! If you’d like to read more about the awards, you can read the article here. 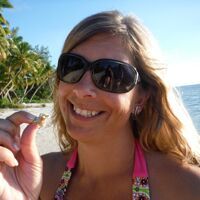 Kit is the Vice President of Esplanade and has traveled extensively throughout Australia and the South Pacific. She even lived in New Zealand for a year! Kit is a certified Aussie, Kiwi and Tahiti Tiare Specialist.

Some say that the third time’s a charm, but Air New Zealand pushes the envelope and they have now been honored with Airline of the Year for the fourth time. Air New Zealand CEO Christopher Luxon with AirlineRatings.com Editor-in-Chief Geoffrey Thomas Here at Esplanade, we have always been a proud partner of Air New Zealand, and… Read More

Here at Esplanade Travel, we strive to provide the best service for our clients. This has become even easier with Air New Zealand, our preferred airline for travel to New Zealand, winning Airline of the Year for the third year in a row on AirlineRatings.com World’s Best Airlines list. It also took the top spot in the… Read More

Adding to its long list of accolades, Air New Zealand has recently been given multiple awards at TripAdvisor’s first Travelers’ Choice Awards! The awards won were quite impressive, including: Best Premium Economy Class in the World Best Airline in the South Pacific One of the top 10 airlines overall in the world TripAdvisor collected customer feedback… Read More

One of the best trips we have ever taken. Croatia is truly a special place. Hard to say which was our favorite city or favorite activity as they were all great. The guides were all very nice and easy to get along with. All of the little details were worked out perfectly. We are already talking about where we want to go next.