The rousing country of Brazil is world-renowned for its beautiful beaches, exuberant people and warm weather. The vast range of environments that can be found in Brazil’s 3.3 million square miles makes it one of the most biodiverse countries on the planet. As home to over 60% of the Amazon rainforest, Brazil is home to thousands of different species and even more that have yet to be discovered! As it was once a Portuguese colony, Portugal’s culture had an impact on the country’s main language and religion. The diverse mix of European and African cultures created a new post-colonial Brazil that embraces well-known traditions such as samba and capoeira. The famous Carnival of Brazil that begins on Fat Tuesday is famous around the world for being one of the year’s best street parties. The elaborate costumes and samba styles found at Carnival are reminiscent of silver screen star Carmen Miranda, who exposed the world to Brazil’s bright culture in the early days of cinema. A visit to South America’s largest country is one of the most exciting experiences of a lifetime! 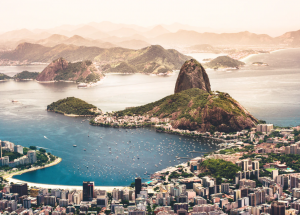 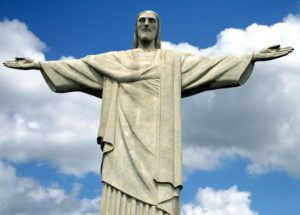 Home to over 60% of the Amazon rainforest, other attractions include Rio de Janeiro, Sao Paolo, and Iguazu Falls

Our week of touring NZ’s South Island was great. All of the arrangements you made for us were flawless. If we could, we both would give you a super hug—and may do that anyway the next time we see you. Feel free to use us as a reference. Your service was 4.0 on a 4.0 scale.